Hand hygiene is an important topic in medical environments, as it is one of the simplest and most effective measures to reduce the transmission of germs and pathogens, and thus the spread of diseases. In light of the current development of a global pandemic, the question of how to get people to adopt adequate hand hygiene behaviour, has become a topic of pressing relevance in all areas of everyday life. 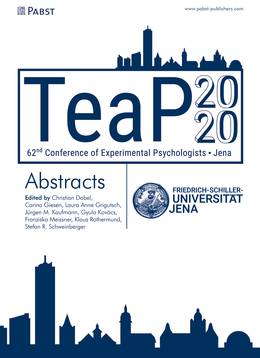 Researchers of the university of Regensburg, Germany, have addressed this question by investigating the impact of different persuasive signs on hospital visitors’ hand hygiene behaviour. To evaluate the effect of different persuasion strategies, the researches created different signs according to Cialdini’s principles of persuasion, and displayed each of them for one week on a TV-screen above a hand-rub dispenser in a hospital lobby. Dispenser-usage was recorded during the weeks where each of the persuasive signs was visible on the screen, as well as during intervening weeks where the screen was kept blank. While dispenser-usage did not vary significantly during the blank control weeks, a marked increase in dispenser-usage was observed for those weeks, where signs based on the authority and the social-proof norm were displayed above the dispenser. This study points out an easy and cost-efficient option for achieving a general increase in hygiene behaviour by implementing principles of persuasion.

The researches sketch their results in the book of abstracts of the 62nd Conference of Experimental Psychologists (TeaP), which contains short reports of more 500 psychological scientists presenting the results of their current research projects, covering a vast diversity of topics and research questions.