Body Integrity Identity Disorder (BIID) is the intensive feeling that the own body will be "more completed" after amputation of a limb. What all people affected by BIID have in common, is that they ultimately wish to be handicapped. But the personality profiles of the most sufferers are in the average range. Many sufferers - mostly men - are well educated and successful. Prof. Dr. Aglaja Stirn, Dr. Aylin Thiel et al. deliver insights into the previously unexplored disorder. 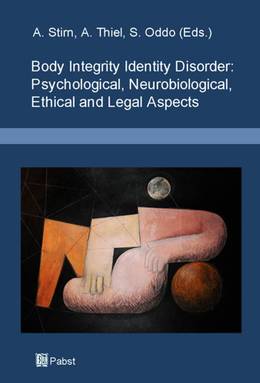 The desired body-image persists from early childhood onwards and is often acompanied by sexual phantasies during puberty. The diagnosis shows neither significantly increased scores for personality disorders, psychotic disorders nor dissociative or anxiety disorders. What could be found however were slight tendencies toward obsessive compulsive behavior as well as slightly increased scores on the narcissim-scale. So far the research supports the idea that BIID doesn´t affect people randomly but that the occurence of BIID might be due to the more distinctive model of cause and effect. The authors believe that biographical data and personal learning history most definitely plays a vital role in shaping BIID.

The researchers propose that people concerned with BIID might have experienced some kind of crucial experience during their early childhood. This often involves an encounter with an amputee, or other kind of handicapped person, which was met with great admiration and fascination. And the research suggests that people with BIID have an enhanced need to be special or even unique and have the urge to overcome great challenges.