The earliest evidence of opium usage in the ancient world has been discovered at a burial site in central Israel that dates to around 14th century B.C., during the Late Bronze Age.

The skeletal remains of a male buried with jugs that contained opium residue were found in Israel. (Image credit: Israel Antiquities Authority) 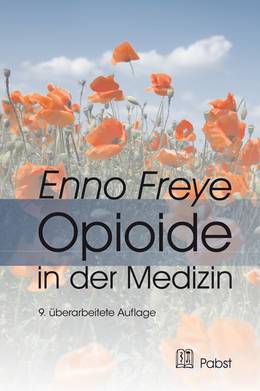 Residue of the narcotic, which is made using the seed capsules of the poppy plant, was found inside more than a half dozen 3,500-year-old pottery vessels at the site, which is located at Tel Yehud just outside Tel Aviv, a region formerly known as Canaan.

Archaeologists from the Israel Antiquities Authority and the Weizmann Institute of Science discovered the pit tomb during an excavation in 2012. However, they found the opium-laced pottery, alongside the skeletal remains of a male who died between 40 and 50 years of age, on a return excavation in 2017, according to a study published July 2 in the journal Archaeometry.

After testing 22 storage jars and juglets using chemical analysis, the researchers discovered that eight of the ceramic vessels contained trace amounts of the highly addictive drug. Of the pieces that tested positive, several looked similar to the bulbous shape of an inverted poppy capsule. Some of the pottery was imported from the island of Cyprus, located west of Tel Yehud, the researchers determined, noting clay bands on the long-necked vessels and other distinctive decorations related to pottery from that area.

According to a study in Nature(opens in new tab), opium poppy was “present from at least the middle of the sixth millennium in the Mediterranean, where it possibly grew naturally and was cultivated by pioneer Neolithic communities."

"There was a hypothesis in 2017 that because some of the jugs resembled poppies, that they might contain opium," Vanessa Linares, a doctoral candidate at Tel Aviv University and the study's lead author, told Live Science. "We found that was the case and that opium was contained inside some of the vessels."

While it's not clear why opium was part of this particular burial, Linares said researchers have several theories based on historical documentation from other ancient civilizations around the world.

"According to the historical and written record, we see that Sumerian priests used opium to reach a higher state of spirituality, while the Egyptians reserved opium for warriors as well as priests, possibly using it not only to have a psychoactive effect but also for medicinal processes, since its main compound is morphine, which is used to help with pain," Linares said.

"Perhaps it was also there as an offering for the gods, and maybe they thought that the deceased would need it in the afterlife," she added. "I think we can make a lot of speculations and suggestions for why it was there."