Entropy and chaos are terms used to characterize physical systems. The development of such systems with time are typically described as trajectories in phase space. In the past years these terms have been used in signal analysis, whereby one creates a trajectory in m-dimensional phase space by plotting m adjacent points of the signal as a curve in m-dimensional space as the m-points of the signal move through the entire signal. 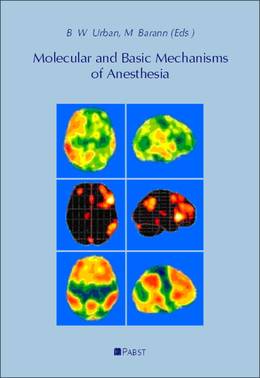 Molecular and Basic Mechanisms of Anesthesia

In energy conserving dynamical systems the phase space is mapped onto itself. In contrast, in dissipative systems the phase space is mapped onto a lower dimensional subset, which is often called attractor. If the topological dimensionality of such attractors is not a natural number it is said to be a strange attractor. Systems with strange attractors can mimic stochastic systems though they are entirely deterministic. There is an ongoing debate if and under what conditions the EEG can be described by a deterministic system with strange attractor or by a stochastic process.

The research of Helmut Schwilden (Erlangen) favours the opinion that the stationary EEG during anaesthesia appears to a large degree as a stochastic process.