In late April, Irina Danilovich, a nurse from Crimea, was kidnapped by four men wearing civilian clothing and balaclavas. After two weeks of searching, her friends and lawyers managed to learn she was being held in a pre-trial detention center in Simferopol on charges of illegally storing explosives. Irina herself has denied the charges and says the case is fabricated; the Russian Justice Ministry says she’s a “foreign agent.” She’s currently still in custody. 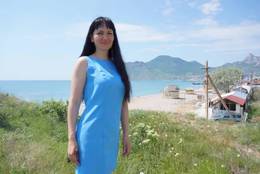 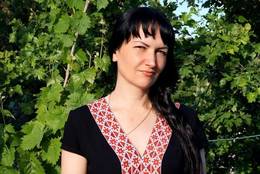 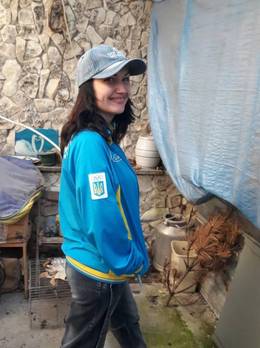 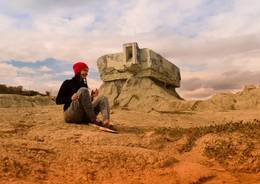 The search for Irina

On April 29, Crimean nurse and activist Irina Danilovich didn’t return from work at the usual time; she wasn’t answering her phone, either. Earlier that day, FSB officers had shown up at her home and demanded to search it, though only her elderly father, Bronislav Danilovich, was home.

The officers told him they were conducting the search in connection with a case of “transporting secret information to an unfriendly state.” They confiscated all of the electronics and books in the apartment. It didn’t take long for Irina’s parents to realize the search and her disappearance were related.

“Irina always loved the truth; she would fight for it. She remained a pacifist. They were looking for some papers. [...] They didn’t present a single badge or warrant. I refused to sign the search record,” Bronislav Danilovich told Meduza. After the search, he and his wife both started to feel sick, but they couldn’t call an ambulance because the FSB officers had taken their phones.

Meanwhile, Irina’s friends and colleagues, along with her lawyer, Aider Azamatov, and other Crimean activists, began looking for her. After learning about the search the FSB officers had conducted, they started looking in various Crimean temporary detention facilities, but didn’t find Irina in any of them.

Three days after Irina’s disappearance, her father reported an abduction to the police. After questioning him about the case, the officers promised to get back to him within ten days.

Soon after, with the help of some friends, Bronislav Danilovich managed to obtain some footage from a security camera near his daughter’s workplace. According to him, four men in civilian clothing and balaclavas could be seen in the video pushing Irina into a car and driving off, though it wasn’t clear in which direction.

On May 6, Azamatov visited a pre-trial detention center in Simferopol, but the officers there claimed Irina wasn’t there. According to Bronislav Danilovich, though, on May 11, Azamatov learned that Irina was being held there when he came back to check again and an administrator confirmed it and showed him Irina’s inmate record. Two days later, at Irina’s arraignment, Azamatov was finally allowed to see her.

According to the Ukrainian news site Grati, Bronislav Danilovich said that from the moment of his daughter’s arrest on April 29 until May 7, she was held in the basement of an FSB office in Simferopol. There was no toilet in her cell; she was taken out of the basement twice a day and fed only once a day. Throughout her detention, FSB investigators insisted she sign a confession statement. They also put a bag over her head and told her she could choose the forest or prison, Grati reported; they also threatened to take her to Mariupol, where she would “get lost.”

Altogether, the FSB officers spent three day interrogating Irina, asking her various questions about her connections to foreign intelligence services, media, and other organizations, as well as her involvement with Crimean Solidarity, an organization of activists, lawyers, and family members of political prisoners on the peninsula, according to Grati. Irina denied all of the officers’ allegations, and the polygraph tests they made her take confirmed her answers.

A week later, they began pressuring her to sign a number of forms they wouldn’t let her read and two blank sheets of paper, promising to release her if she did. The investigators also demanded Irina say on camera that they hadn’t pressured her and “hadn’t applied coercive methods.” When she agreed, on May 7, she was detained on charges of storing explosive materials and taken to the Kyiv District Court in Simferopol, where she was sentenced to two months in prison. Lawyer Aider Azamatov declined to speak to Meduza, citing a non-disclosure agreement he signed on May 19. Meduza sent a request for comment to the FSB.

According to court records, Irina Danilovich is being charged with illegally storing explosive materials. The court order on the preventative measures taken against her says that the case was opened on May 6, when FSB officers confiscated an “improvised explosive device of high-explosive fragmentation.” According to investigators, Irina was storing the device in a glasses case along with a detonator and needles.

At the trial to determine what preventative measures would be taken against her, Irina herself claimed that the entire case is fabricated, according to records. The needles and the tourniquet that were found in the glasses case were medical supplies.

On May 7, Simeferopol’s Kyiv District Court sent Irina to a pre-trial detention center for one month and 29 days — until July 6. The trial was closed to the public, and Irina was given a court-appointed attorney (Azamatov didn’t know where she was at the time). On May 27, Crimea’s Supreme Court heard an appeal against the preventative measures. Meduza has obtained an audio recording of the session.

Irina declined to testify, according to the case materials read by an investigator at the trial. She said she wasn’t feeling well and pleaded the 51st article of the Russian Constitution before asking the court to choose anything but imprisonment.

I was detained in the middle of nowhere by four people wearing balaclavas. It was something more akin to an abduction than an arrest. I wasn’t shown any documents. After I was taken to the FSB building in Simferopol, I was subjected to a full body search, which the FSB officers filmed. I had no explosive materials. It was all recorded on camera. The officers gave me back my bag with my things, but three days later, they took it again. They didn’t bring all of these charges against me until the night of the 6th [of May]. Before that, I had no explosive materials. They only appeared after my bag was taken. Nobody has shown them to me.

On June 3, the Russian Justice Ministry declared Irina Danilovich a “foreign agent.” The Attorney General of Ukraine’s Autonomous Republic of Crimea has begun criminal proceedings against the Russian authorities for conducting illegal searches and detaining a public activist.

‘I can’t just sit on the sidelines’

Irina Danilovich was born in Belarus. When she was five years old, her family moved to Crimea, where Irina graduated from medical school. Later, she lived in Russia’s Belgorod region for a bit, but she soon returned to Crimea. Shortly before Russia’s annexation of Crimea, Irina had her Ukrainian passport reinstated, her father told Meduza. In 2016, she was detained by FSB border guard agents for the first time; they wanted to know why she had recently gone to mainland Ukraine and what she had been up to. In 2017, the FSB called her in again and interrogated her about the Crimean Tatars she worked with, as well as her Ukrainian passport.

Irina has long been an advocate for the rights of her fellow medical workers. In 2020, during the pandemic, she led the Crimean branch of the Alliance of Doctors labor union; soon after, she was fired from the hospital in Feodosia. In February 2021, she spoke about how the chief physician at the hospital had reported paying 11 million rubles (about $193,000) to hospital employees. According to her, the employees never received that money.

Irina has frequently criticized the Crimean healthcare system, especially during the pandemic. In the summer of 2021, she wrote on Facebook about how patients who had tested positive for COVID-19 were being discharged from Crimea’s Kirov Central District Hospital and had no choice but to ride public transport home. She also reported the situation to Crimea’s consumer protection agency, its healthcare watchdog, the Russian Health Ministry, and the Crimean Attorney General.

Irina’s father believes her arrest is related to her advocacy work; he suspects the authorities took notice of her after she called attention to the fact that her colleagues hadn’t gotten the coronavirus payments they were promised.

“She’s very compassionate and very friendly. A lot of our neighbors are medical workers, but for some reason, everyone would just go to her. She led the doctors to fight for their coronavirus payments. She filed complaints everywhere she could. [...] The Attorney General referred the case to the Investigative Committee, but that, too, fizzled out,” he said. “She was also a citizen journalist; she kept a court chronicle. That’s probably what got someone’s goat.”