"Dynamic psychiatry and psychological intervention in the Arab World are limited and may be due to two major causes: the general low socioeconomic and educational level of the masses and the fact that it is culturally acceptable to conceal one´s thoughts than reveal them," Victor Sanua noted in his contribution to the Reader "The Spiritual Side of Psychology at Century´s End". "The Arabic word for reveal is ´kashafa´ which means also to remove the veil, a woman´s proper covering. 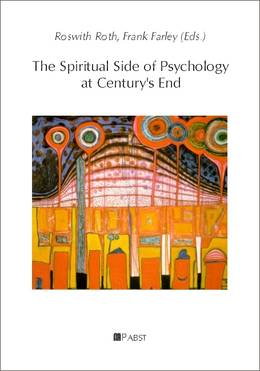 The Spiritual Side of Psychology at Century’s End

According to Al-Issa, the world madness in Arabic is ´Jinoon´, taken from the word ´jinee´(spirit). These spirits purportedly posses supernatural power and can influence people´s lives for good and evil. What is objectionable in the culture is not the peculiarity of thought as much as uncontrollable behavior or individual violence except for violence which is sanctioned.

The masses resort to various healers from barbers to sorcerers, religious men. The notions of health and sickness are mixed with magical end religious beliefs. A person gets sick because of the malignant influence of an other person, the ´evil eye´or ´evil spirit´. A child should not look attractive, to detract from the ´evil eye´. "

Prof. Dr. Sanua described a rather composite picture of folk treatment and rituals, as there are variations from region to region. Most important a detailed protocol of the Zar Ritual; it is intended to placate spirits who possess the mentally ill. "The first step when the ill person visits the Zar specialist (usually a woman) is the diagnosis. After one or two interviews, during which the ´doctor´ asks questions regarding symptomatology, she makes a potion of some ingredients (henna, mastic and clove) which are ground ad dissolved in water and given to the patient to drink. The healer then attempts to elicit a secret response which confirms the presence of the evil spirit: the precise nature disorders is diagnosed, and the remedy is indicated - the Zar ritual.

During the ritual, the patient is generally dressed in white, and wears a white veil, and is heavily perfumed and bejeweled, with hands and feet dyed in henna, a natural dye used in the Arab world for cosmetic purposes ..."